8 things you should know about the World Cup ‘22 groups 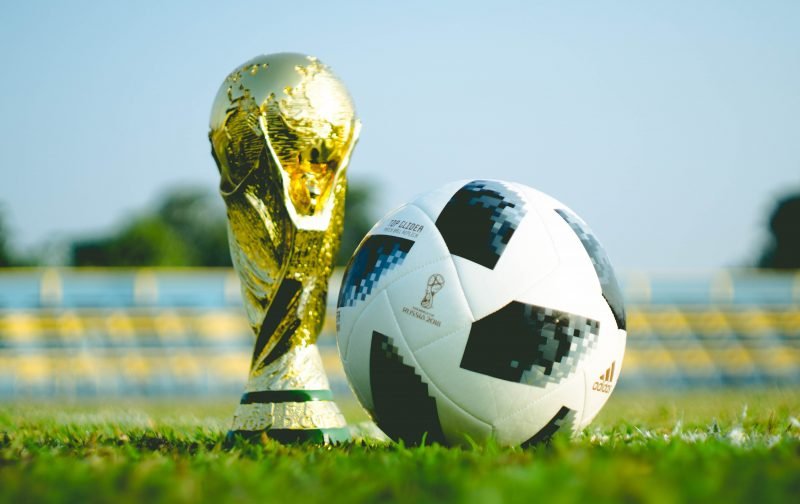 The first-ever winter World Cup will kick off in Qatar in November, but the tournament has hit the headlines for all the wrong reasons.

Not only does it feel wrong to have the festival of football just before Christmas for many fans, but the much more important issue of human rights abuses suffered by workers in the country has had people questioning whether it’s the morally correct thing to do.

Yet, despite this controversy, the tournament is set to go ahead as planned. The World Cup group draw took place in Doha on April 1st, and it produced some interesting things to look out for among the 32 teams in the tournament’s group stages.

Qatar vs Senegal may not look very interesting on a normal fixture list, but their Group A clash will at least determine one thing: who is the best team in the whole of Africa and Asia, an area holding around three-quarters of the world population, according to recent estimates.

Asian champions Qatar will be the underdogs for the clash – and also for the group – while Afcon victors Senegal will fancy their chances of qualifying, with Sadio Mane in fine form.

The Netherlands are the favourites to win the group, while Ecuador may have a tough time despite a fine qualifying campaign.

Group B – The political group

Many people try to keep politics and sports separate, but sometimes it’s impossible. Pretty much every Group B clash has some political history behind it: England and USA’s colonial past, and USA and Iran’s recent diplomatic rows.

The World Cup ‘98 clash between the latter was called the ‘most politically charged football match in history’ after American support for Iraq in the Iran/Iraq war, and an attack on the American embassy in Tehran. The Americans initiated the handshake between the two teams, while the Iranians handed over white flowers of peace in return. The football world will hope the 2022 version will pass in a similar way.

The final group participant will be one of three qualifiers. Wales or Scotland – both fierce rivals of England – and Ukraine: a victim of political events itself this year.

We’ve added a question mark to this section as it’s a very contentious issue, but here’s the argument for it.

Leo Messi’s career almost defies description. A winner of a record seven Ballon d’Ors and 35 trophies, he’s scored the most goals, hat-tricks and assists in La Liga history, and is also the highest-scoring South American male ever. The football world is split between him and Cristiano Ronaldo for the title of the greatest footballer ever, but many would say the title rightfully belongs to Messi.

Robert Lewandowski is Poland’s captain – the highest-scoring Polish and foreign Bundesliga player of all time with over 600 goals, and one of only two players to win a European treble while being the top scorer in each competition (Johan Cruyff is the other). Second to Messi in the 2021 Ballon d’Or, many experts call his scoring feats the greatest in history.

So, pit these two masters together in Group C (Poland vs Argentina) and we may see a shoot-off between the two to see who finishes victorious.

Gambling of all types is forbidden in Qatar, and even betting games where you can play for fun, like free online slots, are frowned upon. But even if they were allowed a bet, it’s hard to imagine any World Cup spectator putting money on France failing to qualify from this group.

The world champions probably have the best squad depth of any side in the tournament and, while Denmark represent a mild threat, the rest of the group’s games should be a walk for them.

It may also conjure up the biggest mismatch should the UAE qualify. The Arab nation at 58th in the world would be the lowest-ranked side in the competition and runs the risk of being thrashed by the French if it gets there. Even the other two possibilities – Australia and Peru – face heavy defeats should they make it instead.

With five World Cups and six European Championships between them, Spain and Germany are two major footballing forces – and the seeding system means they’re not often in the same group.

Germany’s fall from grace in recent years, though, meant they found themselves in Pot 2 for this year, and it’s Spain’s bad luck to draw a side fast-improving under new coach Hansi Flick.

Group F – The Group of Death

Every tournament has a ‘Group of Death’, but this year’s isn’t so obvious. Group F, however, probably has the strongest shouts. Not only do you have the world’s number two-ranked team in Belgium (along with a host of stars like Kevin De Bruyne, Romelu Lukaku and Eden Hazard), but you have a tough Croatia side, featuring Luka Modric, and Africa’s second highest-ranked side in Morocco.

Pot 4 side Canada won’t be any pushover, either, after winning their CONCACAF group and having Alphonso Davies and Jonathan David in their ranks.

The one stat that stands out from Group G are the teams’ defensive records. Out of 41 qualifying games, they conceded just 21 goals between them: roughly one every two games.

Brazil and Switzerland have been the most impressive: conceding just 7 in 25 between them in games against the likes of Italy, Argentina, and Uruguay. But we may see some resolute defending from Serbia, who topped their qualifying group, and Cameroon, who finished third in this year’s African Cup of Nations.

Group H – The battle of the forwards

Any group that boasts Cristian Ronaldo, Luis Suarez and Heung-Min Song must be watched with interest. Even the supporting cast of Diogo Jota, Edison Cavani and Hwang Hee-Chan has had plenty of top-level goals between them in recent years.

Who will emerge top of the group, though, is much harder to call. Portugal’s galaxy of attacking talent is struggling under a coach prone to erratic decisions, and Uruguay may be poised to pounce on any slip-up. South Korea, too, will be hoping for success in their home continent, although Qatar is very different to Seoul. Ghana, meanwhile, may be a surprise package after overcoming fierce rivals Nigeria in the play-offs.