The Premier League has become the most popular and competitive football competition in the world. We know everything about the teams, the coaches, the players, the statistics, but what about players who scored penalties using both feet? Or which goalkeeper scored goals and made assists? No? Well, today you will! Let’s talk about some crazy Premier League facts. 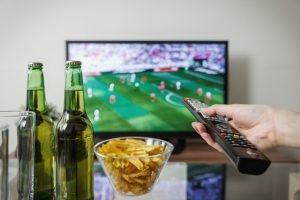 Paul Robinson has been undoubtedly the most attacking goalkeeper of the Premier League. Not only did he score a goal in the league, but he has 5 assists to his name! Robinson scored his goal during the Premier League match between Tottenham and Watford in 2007. A free kick from his own area that has mocked the opposing goalkeeper, Ben Foster, and that has sent the audience into raptures. Last but not least, he also scored a penalty. This is really impressive for a goalkeeper in the top-tier English football.

“Ambipedal” is the term used to refer to players who are able to use both feet with equal ease. Bobby Zamora and Obafemi Martins are the only two Premier League players to have “won” a particular title: scoring a penalty with both feet. Zamora is normally left-footer but during the Fulham – Newcastle match in 2012, the attacker decided to take a penalty kick with his right foot. And well, he scored. Instead, Obafemi Martins is considered an ambidextrous player. In fact, during his three years in the Tyneside team, Martins scored 2 penalties, one with his right foot and one with his left.

In most cases, penalties are very important events for bettors. It’s one of the situations in a game where bets are decided. And lately, taking penalties is really like a toss of a coin, or playing a game of luck. Sports betting is very popular in the UK. People bet on all types of events in a given match, and having a penalty scored or occured is surely one of the popular choices. There are a number of providers who offer sportsbooks on their sites and where even placing bets with PayPal is possible.

#3 The Most Substituted Player

Weird but true, Ryan Giggs is the most substituted player in the whole Premier League with a record of 134 substitutions. This player also holds the record for most appearances (632) in the Premier League, as well as for most assists (271). Really not bad for this Welsh soccer player that dedicated his entire career playing for Manchester United, with which he won 13 Premier League medals.

#4 Out With No Touch 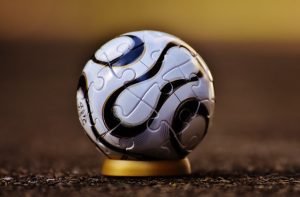 Three are the players that have been sent off without touching the ball: Andreas Johansson, Keith Gillespie, and Dave Kitson. During a game in 2004, Johansson had been sent off just 88 seconds after his arrival. In January 2007, Gillespie was sent off zero seconds after his entry into the field. Gillespie nudged Stephen Hunt in the face and received the red card even before the second half began. Kitson was sent off the field exactly 37 seconds after entering the pitch, when he miss-timed a tackle on Patrice Evra.

#5 The Most Profitable League Ever?

No, we are not talking about a player in this case, but directly about the Premier League. Thanks to television rights and to its diffusion, the Premier League represents the “richest” championship, with a gain of around £ 4.5 billion. Every game is seen by about 12 million people. The difference between the earnings of the Premier League clubs and those of the other richest leagues in Europe would actually be even greater if it were not for the fall in the value of the pound against the euro after Brexit.