The Ethics of Football’s Relationship with Gambling 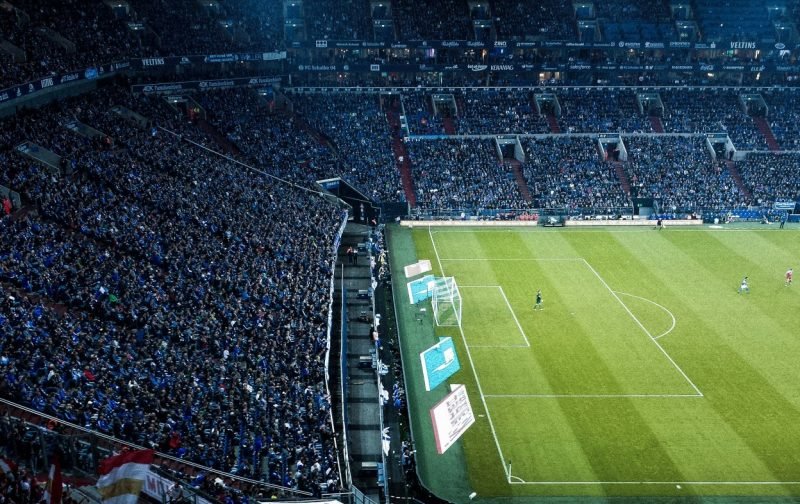 For decades major sports leagues like the English Premier League (EFL) and Champions League had very strict rules about involvement with the gambling industry. This was always deemed necessary in order for sports leagues to maintain the highest level of integrity possible. Nothing will ruin a sport, team, or player faster than involvement in some kind of a gambling scandal. Just the same, some relationships have always existed.

To say times have changed would be a gross understatement. In this day and age, league and team affiliations with major sports betting brands have become commonplace. In the process, opponents of these affiliations are questioning the ethics behind what has been and is taking place.

As a layperson, you might be wondering why sports leagues and teams would want to draw scrutiny by becoming involved with gambling companies. The answer is very simple. It’s all about the money.

In the UK, online gambling operators face a lot of restrictions regarding their advertising efforts. One of the ways operators get around these restrictions is to align themselves with the professional sports community. They are willing to pay big money for this to happen. For leagues and teams, money is and always will be the name of the game.

For the leagues, they can align themselves with top gambling conglomerates, which earns them a revenue stream for doing nothing more than allowing gambling partners to advertise on and in football stadiums and on team uniforms. They use these same advertising vehicles to get exposure on national TV during major football broadcasts. This is all fully supported by the leagues.

The value of these advertising and marketing partnerships is unquestionable. The teams use their gambling partnerships to generate revenue they can use to be more competitive in the player acquisition market. It’s no accident that they use the pursuit of revenue parity as the justification for supporting gambling conglomerate partnerships.

How Gambling Conglomerates Benefit from Their Football Partnerships

It should come as no surprise that gambling companies are also in these football partnerships because of money. Yes, they are having to pay their way by paying the leagues and teams for the right to advertise and market their companies. However, it tends to pay off in a big way.

Gambling companies pay for stadium branding in and around the stadiums. They also fund advertising kits that give them access to the fronts and sleeves of team uniforms. They do this as a means of advertising to fans in attendance who might have an interest in gambling. They also rely heavily on these forms of advertising when key games make it on national TV.

The results gambling companies are looking for are new customers. Live and televised football matches draw huge crowds in the UK and other parts of Europe. The top-level leagues and teams also have a significant following in parts of Africa and Asia. In the eyes of gambling companies, this kind of mass exposure is often worth every Euro they spend on football advertising partnerships. In the end, even the best sports betting sites not on GamStop benefit.

What about the Ethics of These Alliances?

There will always be naysayers who will question the ethics behind professional sports and gambling companies getting in bed together. The fear will always be centered on the possibility of the gambling industry somehow corrupting sports leagues at the team and player levels.

Perhaps, these concerns are warranted. The history of football in England has seen plenty of match-fixing scandals through the years, oftentimes with gambling somehow being the primary culprit. Of course, there really isn’t any evidence that gambling partnerships with football clubs are creating any extra issues that didn’t exist when such partnerships were minimal.

Here is something else worth considering. The ethics of gambling, in general, have evolved. There was a time when gambling was restricted to a smaller portion of the population. In some communities, avid gamblers were viewed as immoral scoundrels. Today, European attitudes regarding gambling, particularly online gambling, have changed. Such activities have gone mainstream, which has resulted in fewer ethical questions about gambling.

Here is the bottom line. As long as sports betting is permissible by law, gambling scandals in sports will be part of the landscape. The solution to the question of ethics related to gambling/sports partnerships is going to be clear guidelines and financial resources being allocated for guideline enforcement.