The kids are alright: here are 5 of the youngest football teams of all time 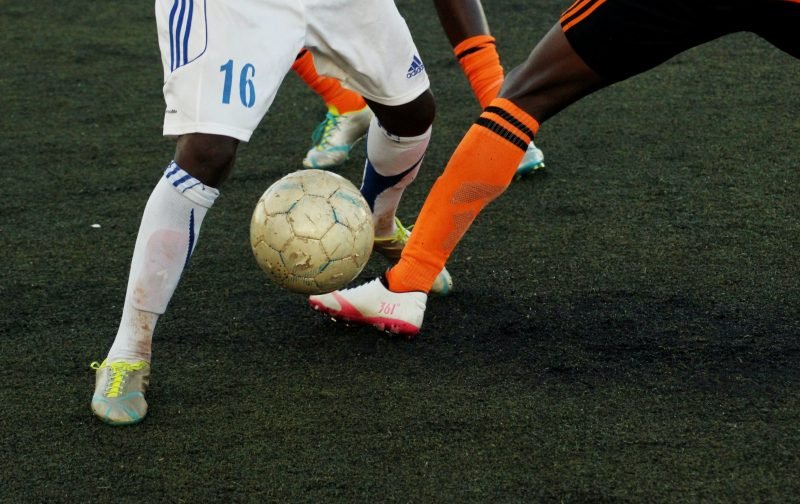 When Danish club Nordsjaelland broke the all-time Danish record for the youngest-ever starting eleven, the rest of the footballing world marvelled at their average age of just 20 years and 20 days.

The Danes weren’t surprised, though. Nordsjaelland have a track record of fielding super young sides: over the last decade, they have filled 48 of the top 50 spots for the youngest Danish teams ever. What’s more, it’s bringing them success. The club have finished in the top six for five years in a row, netting them €55 million in revenue from selling on talented youngsters.

It leads to the question: does playing the kids work? Here’s a look at some of the youngest sides in European history, and whether it brought them the rewards of youth, or shown them up to be a little ‘wet behind the ears’.

Teams don’t always play youngsters out of choice. Unlike Nordsjaelland, Turkish side Gaziantepspor had to start fielding more and more teenagers out of necessity from 2017 onwards due to severe financial problems.

With an average age of under 20, their squad was probably the youngest in the world, and this inexperience was reflected in their results. In 2018/2019 they lost 29 out of 34 games and stayed rooted to the foot of the table all season.

The following season saw them in the Turkish Regional Amateur league, but the arrival of pandemic meant they couldn’t pay their players. Unfortunately, they went bankrupt which means their youth policy also came to an end.

Metta are another side who believe in youth, and they even have a nickname of ‘The Students’. The club share a close relationship with Latvia University and routinely send out starting line-ups with an average age of less than 20.

After being promoted from the country’s second league in 2011, they have placed an emphasis on bringing through new talent and have had the youngest squad in the top flight since 2014.

The system works for both club and players – Metta earn money from sales and cheap contracts, while the players gain invaluable experience: win-win!

Middlesbrough boss Steve McClaren had several reasons for starting such a young team in the club’s final game of the season in 2006. The club’s academy had produced its most exciting crop of talent in years and their first team was exhausted – this was to be their 62nd game of a gruelling campaign, which included a heroic UEFA Cup run.

With an average age of a tad over 20, most of the team were making their full debuts. Lee Cattermole became the club’s youngest-ever captain at the age of 18, while substitute Josh Walker had only just turned 17, meaning he wasn’t old enough to enter a nightclub or play casino games.

The team battled bravely but, in the end, experience won out and Fulham scored a late penalty. It was just the start for some of the squad, however: Ross Turnbull went on to join Chelsea and Cattermole enjoyed most of his career at the top level.

Bolton’s recent financial problems are well-known and have contributed to a drop down the divisions in the English football pyramid. Their first season back in the third tier presented a big problem: senior players hadn’t received their wages in five months, and they refused to play in the third game of the season against Coventry.

Up stepped 11 kids from the club’s academy, some of which had been there since the age of eight. To the surprise of many, they put up a fight against their much more experienced opponents, marshalled by the superb 17-year-old Matt Alexander in goal.

The game finished 0-0, a superb achievement by the youngsters who received a standing ovation at the end. Unfortunately for the club, they still went on to get relegated once more, even after their senior players returned to action.

Arsenal’s famous youth academy had produced hot talent regularly under Arsene Wenger and their fans often boasted how their kids would give many other Premier League sides a run for their money,

And so it came to pass in 2009 when, with Champions League qualification secure, Wenger selected a youthful side against Portsmouth on the last day of the season.

21-year-old Nicklas Bendtner scored twice and Carlos Vela, a year younger, also scored to make it a comfortable 3-0 win. Portsmouth goalkeeper David James was more than twice the age of his opponent 18-year-old Aaron Ramsey in the biggest age mismatch of the day.

So, does youth over experience work? Well, the above shows that it produces mixed results and often depends on the set-up off the pitch. But with the pandemic still casting a shadow over football and forcing clubs to tighten their belts, youthful line-ups might become a common feature in many top leagues.

Photo by Jannik Skorna on Unsplash