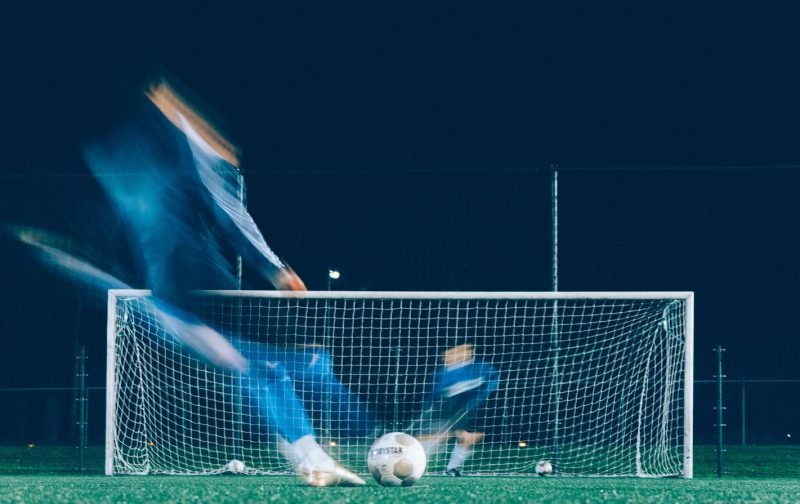 Whether you’re new to watching European football or you’ve followed the league for years, you probably already know there will be some disagreement about who the best players currently are. Football experts, betting sites, and ardent fans all have different opinions on who they believe should be at the top of the list. That being said, there is consensus among most people that these nine footballers are among the elite players in the sport today.

Even though Lewandowski is 32 years old, he’s one of the premier players in European football. His team, Bayern Munich, saw him finish last season with 55 goals in just 47 matches, an incredible statistic that has rarely been achieved. He is only the second player in history to finish as the top scorer in all three national competitions, the first being Johan Cruyff in 1972, nearly 50 years ago. He is currently in the prime of his career, which bodes well for his team for the next few years.

Messi did not have a good season in 2020, and in fact, it was probably one of the worst of his career. However, even as poorly as he played, he’s still the second-best player — and the highest paid player — in the world. The Barcelona forward scored more goals than any other player in Spain, which means even at his worst, he’s still far superior than just about any other player. There’s little doubt that Messi is on the downside of his playing days, at least compared to his former spectacular self, but at 33 years old, he may still be able to play at a high level for several more seasons.

As with Messi, Ronaldo is facing a natural drop-off in his football career, and 2020 was an indication that the inevitable decline is in progress. Even so, Ronaldo, who is 35 years old, won his second Serie A Winners’ Medal as the forward for Juventus, but that was really the highlight of the season for the elite player. His team lost the Coppa Italia final and didn’t even make the final eight in the Champions League. That being said, he still set a Serie A record for scoring in 11 consecutive matches and he scored his 100th goal for Portugal, both milestones that are reserved for the best of the best. In fact, he’s the only European men’s footballer to hit the 100-goal mark in internationals.

The 28-year-old Mane is a dangerous player who is capable of scoring any time he touches the ball. His play directly led to Liverpool’s first league title in 30 years, and its capturing of the Club World Cup. HIs 18 goals and seven assists contributed to Liverpool walking away with its 19th league championship with  relative ease. Even though Mane’s statistics are somewhat pedestrian compared to others on this list, the goals he scored were at absolutely critical times, including the last-minute match winner at Aston Villa. The timeliness of his contributions make him an invaluable part of the Liverpool team.

This young forward, who plays forward for Paris-St. Germain is an up-and-coming phenomenon who will likely top this list within the next couple of years. When he’s playing his best, there is no more thrilling footballer in the world, as his speed and exceptional decision-making are unmatched. What’s even more exciting is that he’s just 22 years old and has not even come close to his ceiling. Mbappe will continue to develop and learn, and will dominate the league in the near future.

Erling Braut Haaland’s 2020 season was nothing short of spectacular. He seamlessly changed teams mid-season and never missed a beat, something that is extremely difficult to do. In fact, in his first match for Borussia Dortmund, he promptly scored a hat trick within 23 minutes of off-the-bench play. In his next two games against Cologne and Union Berlin, Haaland scored two goals in each one to total an amazing seven goals in three matches. Opponents are already preparing for the frightening fact that Haaland is just 20 years old and will only get better from here.

The first midfielder to make the list, De Bruyne didn’t have the type of season in 2020 that he is used to having. This seems to be a theme for many of the top players in Europe, with Messi and Ronaldo also playing below expectations. Even so, he’s still Manchester City’s best player and his creativity and consistency brings a solid influence to his younger teammates that will serve them well as they continue to develop. While he tended to disappear in big games in 2020, at just 28-years-old, he is likely to perform at a high level for many years to come.

Even though Neymar’s antics on the field are controversial, he has a purpose to everything he does, and that purpose is to help his team win. His teammates look to him as a leader on the pitch and they rely on him to create scoring opportunities for himself and others no matter when he gets the ball or how many defenders he has around him at the time. His brilliant ball-handling skills are second to none and alongside Mbappe, Paris-St. Germain is shaping up to be a force to be reckoned with regardless of who they’re playing.

The only defender to make this list, Van Dijk is simply the best defender in the world. Despite suffering a serious knee injury in October, he was still a vital part of Liverpool’s team. He would likely be much

higher on the list had he played more in 2020, but without his admittedly limited contributions, it’s possible that Liverpool would not have won the Premier League title. This is speculation, of course, but it’s difficult to overestimate the value of having Van Dijk on the team, even if he’s not playing.

As the most popular sport in the world, it’s important to know who the best footballers are if you’re going to follow the game, and particularly if you’re going to bet on the matches. These nine players are not only extremely valuable to their teams, but they’re also immensely fun for fans to watch as well.