What does it take to rise from a non-league football player into a professional? 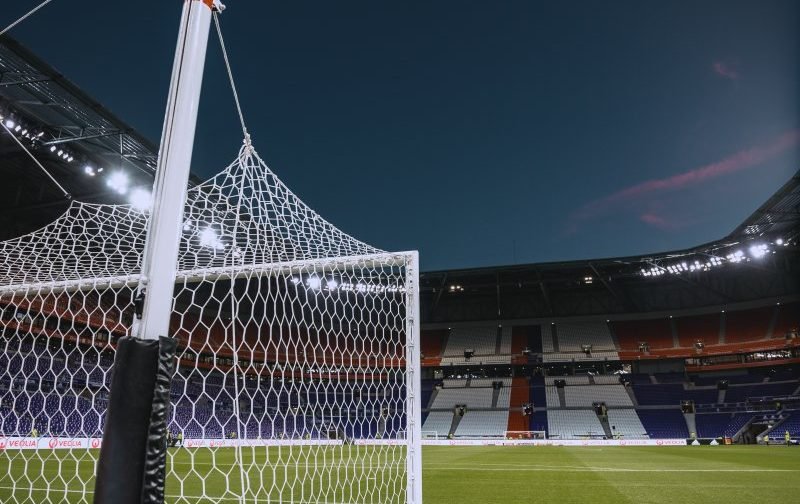 Not all Premier League players come through to the senior side up through its academy, spending years being moulded into the style of player the first team requires. While for some that is the case, for others a route via non-league football is taken.

Jamie Vardy is one the most recognisable and famous former non-league stars. Having begun his career with Stocksbridge Park Steels, he moved on to Halifax Town, then Fleetwood Town for one season each before arriving at Leicester City in 2012. Vardy went from non-league striker to Premier League winner and earned 26 caps for England, an impressive career from the forward released by Sheffield Wednesday at age 16.

Tyrone Mings and Chris Smalling have shown that non-league defenders can develop and compete at Premier League level, having come from Chippenham Town and Maidstone United respectively. Michail Antonio has risen through the leagues starting at Tooting and Mitcham and working his way through the football league pyramid to finally reaching the Premier League.

Antonio’s teammate Jarred Bowen is another who has risen through the leagues. The 24-year-old winger started his career with Hereford United, making his debut in the 2013/14 season, scoring once in eight games. His potential was spotted by Hull City, where he played for six years, scoring 52 goals in 124 games, earning him his big move to the Premier League with West Ham United. He will enter the UEFA Europa League with West Ham this coming season and odds are available on their potential progress on the OLBG App, that is offering 38 new betting offers in July.

These players have shown a professionalism and dedication to their careers which has ensured their continued participation at the top level of the game. It is vital for young players to have a trusted support network and strong mental resolve to keep working towards their goals.

Jarrod Bowen had a difficult start to his football career where he was rejected by both Aston Villa and Cardiff at a young age before joining Hereford United. In his case his youth-team manager Pete Beadle at Hereford helped support Bowen who continued to work hard to fight for a future in the game.

“The Cardiff one was the hardest to take because I was a bit older and I thought that was the end,” he remembered. “Off the top of my head I can’t remember the exact reasons but essentially they said I wasn’t good enough”. He went on to be named EFL’s Young Player of the Month in August of 2017.

As a player begins to reach the later stages of the Academy system, decisions start to become forced upon them. At such a young age, it can feel like their entire future could fall down all around them and without emotional and mental support, this can be a dangerous position for a young player to find themselves in and many will find it too tough.

Oshor Williams said “Of those entering the game aged 16, two years down the line, 50% will be outside professional football. If we look at the same cohort at 21, the attrition rate is 75% or above”.

It can be hard for someone to take stock of their situation and come to the most reasonable solutions. This is especially true when being part of an academy system and expecting to become part of the first team. To take the decision to drop down into non-league and look to rebuild a career is daunting for some, and to maintain the level of professionalism and determination every day to continue to fight for their dream takes a very strong character.

The Challenges are Vast

The challenges that come with training at academy level to non-league can start with time and facilities. Coming from regular training sessions with highly qualified coaches who often are working full time in their coaching careers, can give a young player a sense of what is required to progress. Going in to non-league the time available to train, the lower budget for facilities and equipment, as well as coaches and managers working part time can take some getting used to. To progress, the player has to show they can continue to work away from the club sessions. If their families are able to, they can hire private coaches to continue their training throughout the week. If not, they will need to research and commit to their own training plan in order to maintain fitness as well as their playing ability.

Finding the right club is vital for a player when leaving academy football for non-league. Had Bowen gone to a side that did not suit his style of play, or have backing from his coaches, then the career he exceled in may not have happened. It is the same at any level, from Premier League to non-league, if a player does not feel comfortable in the team they can struggle to reach their full potential. It is clear that the options may be more limited when searching for a lower level side in locating the right style of pla,y so there will always be a need to adapt and learn which brings long term benefits to a player throughout their career.

Mental resilience and determination are vital skills which a player requires to bounce back from academy rejection and work their way back to where they believe they belong. Bowen, like all others, will be able to name the people who showed them support and helped them get back on track. These traits and external influences have been vital for the likes of Bowen in achieving his dream of Premier League football.